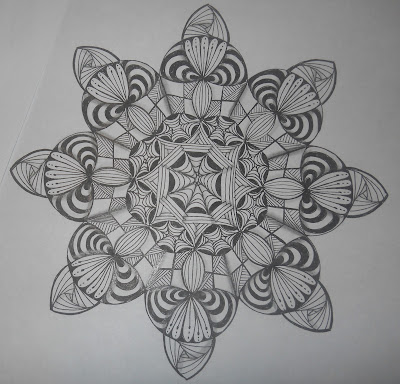 I am always amazed at how fabulous the zentangles and zias are on the sites that host challenges. I just wish I could manage to participate more often. Today I did two, but this is the one I like best, so here it is. This is my response to The Bright Owl's Dare #55, using her template of the week. I can't wait to see what others come up with using the same template.
Posted by jane eileen at 4/29/2013 11:20:00 PM 8 comments: 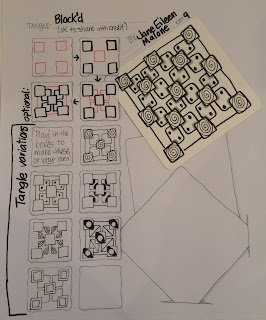 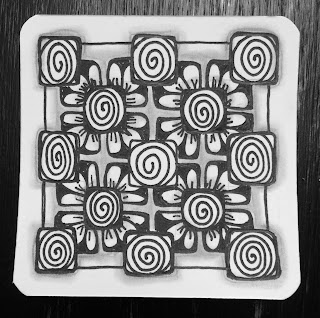 or for larger areas: 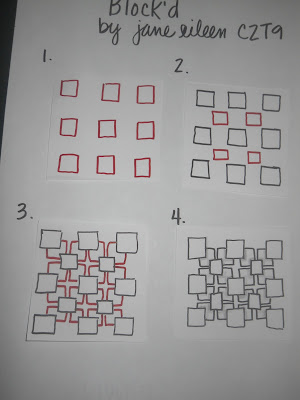 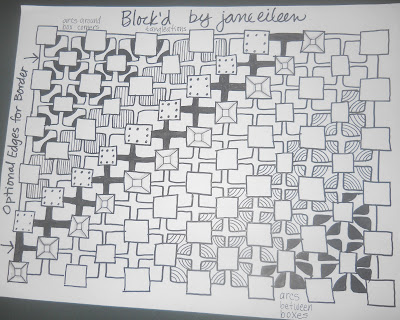 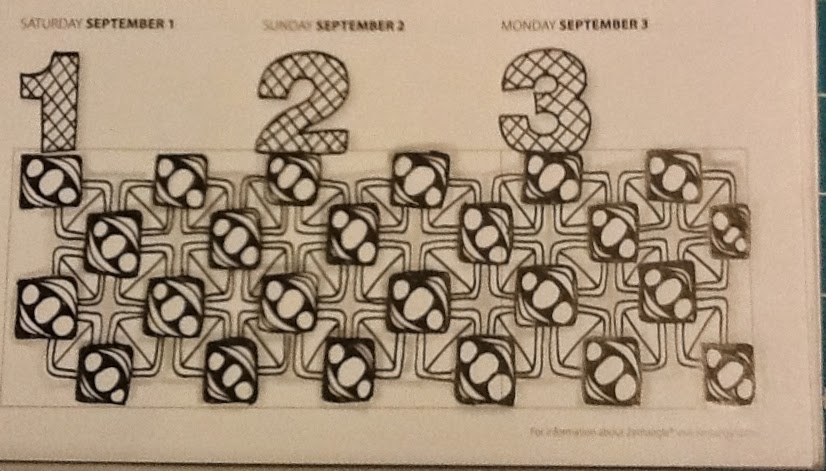 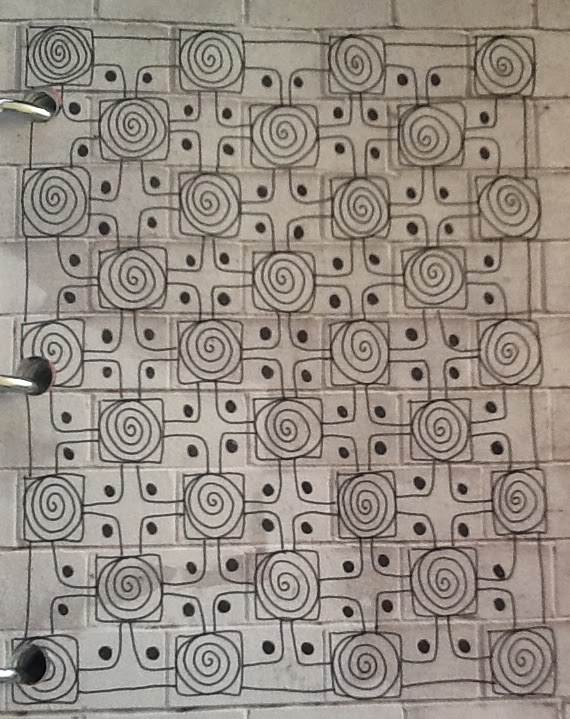 Ok, I confess. I have been trying to come up with a tangle pattern. One I could claim.  I have come up with several, worked away on them, and then discovered that I wasn't the first one out there who found, deconstructed, or simply drew it when working away on this sort thing. Just guessing this has happened to at least a few other people, too. : )    Well, the other day as I was drawing, it morphed into this, so I pursued some tangleations. This can be done with or without shading, as shown in step 4. Based on the ones I have played with so far, I think there could be limitless tangleations.  This could be a good tangle to use for "Tangle in a Tangle" tiles and creations, depending on how big you want to start out. And the great thing is that you don't have to be able to draw perfectly uniform blocks or rows to have it turn out looking good, I think. An important thing to keep in mind on step 1 is that if you leave a larger space between the first and next square that the size of the square itself, either going across or down, step 2 is much easier and it makes way for everything else to fall into place. If you use it on an edge, you can add an extra line as well to sort of frame it, too.  I think Block'd is a good name for a variety of reasons including the fact that I seem to recall seeing a concrete block wall before that was made out of decorative blocks that were laid with a see through pattern, and it is a design using blocks. After thinking of the name, I also realized that myabe my head is no longer blocked when it comes to finding something unique. We shall see.
If you try it out on one of your creations, and would like to share it, please give me a link with a comment below so others can see! 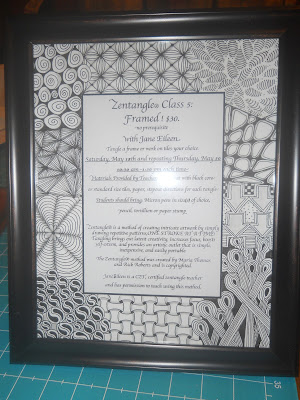 This is a photo of the project for the next class at The Occasional Artist. We will cover 10 tangles, 9 never done before in my classes at this store, including the newest tangle in Zentangleland: Schway, just introduced last week.

Zentangle Class 5: Framed! Students will tangle on a white mat with a black core to fit a 8x10 frame. The mat can be used with a favorite photo, quote, etc. Additional mats will be available for purchase during class.
There is no prerequisite for this class.         Beginners are welcome.

For ALL Zentangle classes:
Students should bring: Students should bring: 1 or more Black Micron pens size 01 or preferred size(s), a tortillion or paper stump, and a #2 or softer pencil  * I used an 05 size pen on my  mat above. Items are available at the store or from me at classtime.
Materials Provided by Teacher: Zentangle tiles or a white mat with a black core as shown above (students' choice), paper, takehome handouts with directions for each tangle

SO EXCITED!!! I just got word today that two of my art journals will be published in an upcoming edition of ART QUILTING STUDIO! I have wanted to have my work and an article in here ever since the first time I laid eyes on the magazine. The first time I submitted, the magazine was folding, and my work was sent on to be published in a sister magazine, but the magazine came back due to popular demand, and now a dream has come true!

Watch here for updated informaion as it becomes available.
Save

PLACES WHERE MY ARTWORK HAS BEEN PUBLISHED 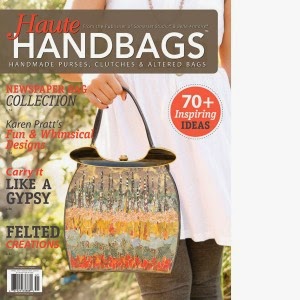 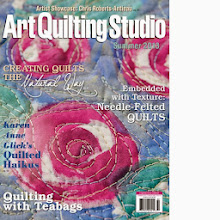 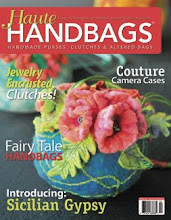 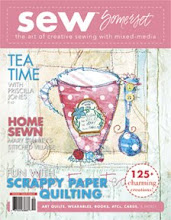 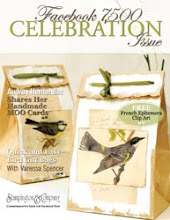 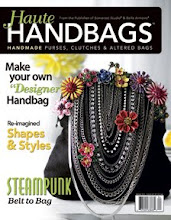 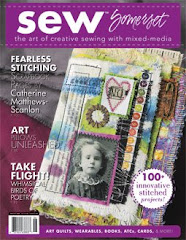 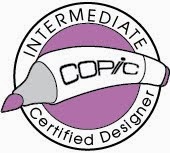 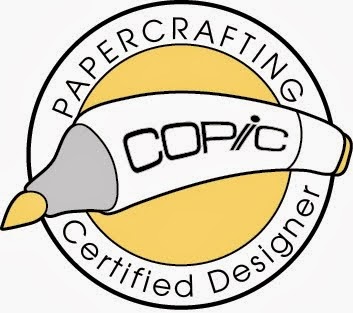